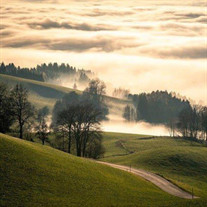 Arie Arthur “Stink” Price, Jr., age 71 of Moundsville, WV died Thursday, August 19, 2021 at home. He was born September 20, 1949 in Philippi, WV the son of the late Arie Arthur, Sr. and Elizabeth Eloise Lantz Price. He was retired from Consol Coal Mine and CSX Railroad. In addition to his parents, he was preceded in death by a brother, Jeff Price; and a niece, Angela Anderson. Survivors include a daughter, Shannon McNiel of TX; a granddaughter, Ashlyn McNiel of TX, and her father Jamie McNiel; grandsons, Cody and Caden; four sisters, Sherry Burkey of Wheeling, WV, Teresa (Eddie) Anderson of Triadelphia, WV, Debbie (Chuck) Emery, and DeDe (Jamie) Legg, all of Moundsville; a brother, Jack (Arleen) Price of Beallsville, OH numerous nieces, nephews, and great-nieces and great-nephews; and special friends, Jen, Gary, Bob and the Girls. Family will receive friends Monday from 4-6pm at Grisell Funeral Home & Crematory, 400 Jefferson Ave., Moundsville. Private services and interment will be held at the convenience of the family. Memorial contributions may be made to Charity of Donor’s Choice.

The family of Arie Arthur "Stink" Price Jr created this Life Tributes page to make it easy to share your memories.

Send flowers to the Price family.