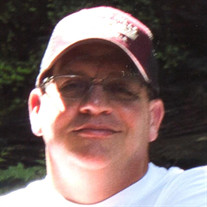 Hall, Brian Keith, age 50 of Proctor, WV died Sunday, December 19, 2021 in Reynolds Memorial Hospital, Glen Dale, WV. He was born August 24, 1971 in Washington, PA, the son of Brenda Hall of Houston, PA and the late Raymond L. Hall. He was a coal miner with Bailey Mine; enjoyed golfing and watching the Pens, and Steelers, and Pitt Football; and he loved his family, especially his grandchildren. In addition to his father, he was preceded in death by a son, Zach Aulenbacher. Including his mother, surviving are four children, Kayla Clark of Claysville, PA, Brandon (Nicole) Ansell of Canonsburg, PA, Jessie Hernberger of Moundsville, and Dylan Aulenbacher of Proctor; his fiancé, Catherine Rine of Proctor; seven grandchildren, Clayton, Zach, Damien, Raigyn, Brooklyn, Mackenzie, and Riley; three siblings, Jeff Hall, and Greg Hall, both of Canonsburg, and Michelle (John) Warchol of Houston; and several nieces and nephews. Family will receive friends on Wednesday from 11am -1pm and 6-8pm at Grisell Funeral Home & Crematory, 400 Jefferson Ave., Moundsville. Private services and interment will be held at the convenience of the family. Memorial contributions may be made to Road Home Animal Project at http://www.theroadhomeanimalproject.org.

The family of Brian Keith Hall created this Life Tributes page to make it easy to share your memories.

Send flowers to the Hall family.