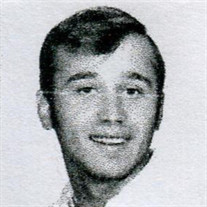 Carl Allen Cochran, age 70 of Moundsville, WV passed away Monday, January 24, 2022 in Wheeling Hospital Medical Park, Wheeling, WV. He was born October 31, 1951 in Wheeling, the son of the late Eugene “Ike” and Dorothy Cochran. He was retired from Shoemaker Coal Mine, after 43 years of service. Carl was the most loving and gentle man who never knew a stranger; and his family meant the world to him. He could always be found at the nearest ball field, cheering on his “Golden Girl”. He will be missed by everyone. In addition to his parents, he was preceded in death by his grandparents, Carl and Deloris Anderson; two brothers, Vernal and John Paul Cochran; and a sister, Jean Cochran VonFeldt. Surviving is his loving wife and best friend of 48 years, Nika Richmond Cochran; two children, Carl Cochran II, and Jody Cochran (Eric) Wade, all of Moundsville; six grandchildren, Carl, Gracie, Cayden, Dawson, Carleigh Jo, and Zoe; and his dog and sidekick, Dakota. A celebration of his life will be held at a later date decided by the family. Arrangements entrusted to Grisell Funeral Home & Crematory, Moundsville. Memorial contributions may be made to Marshall County Animal Shelter or St. Jude Children’s Hospital.

The family of Carl Allen Cochran created this Life Tributes page to make it easy to share your memories.

Send flowers to the Cochran family.