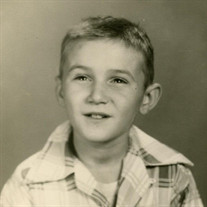 David B. Stanley, 72, of Moundsville, died Saturday, May 29, 2021 at home. He was born January 19, 1949 in Glen Dale, WV; the son of the late Robert Jones and Myrtie P. Holliday Stanley. David was a retired coal miner, having... View Obituary & Service Information

The family of David B. Stanley created this Life Tributes page to make it easy to share your memories.

Send flowers to the Stanley family.