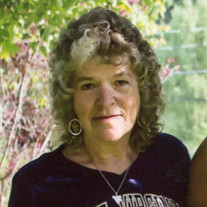 Dorothy V. “Dottie” Schwing, age 79 of Moundsville, WV passed away, Friday, December 31, 2021 at WVU-RMHospital. She was born December 26, 1942 in Zanesville, OH the daughter of the late, George and Esther Porter Bissett. Dottie was the club manager for the former Sunrise Club in Moundsville for many years; a member of the American Legion Post 3 Auxiliary and the Moundsville VFW Post # 437 Auxiliary; a fan of WVU Mountaineers and the Cleveland Browns; and a Christian by Faith. In addition to her parents, she was preceded in death by a brother, William Bissett; and a grandson, Phillip Dulaney. Survivors include, her companion, Glenn Berisford; two daughters, Jeannie (Kenneth) Dulaney of Minerva, OH and Rita Lucas of Moundsville; a son, Jeff (Penny) Frame of Scio, OH; 9 grandchildren; 14 great grandchildren; a brother, Bernard (Elaine) Bissett of Adamsville, OH; a sister, Delores Young of Zanesville,OH; and several nieces and nephews. Family will receive friends on Tuesday from 2-4 and 6-8pm and on Wednesday from 11am until the time of the Funeral Service at 12noon at Grisell Funeral Home & Crematory, 400 Jefferson Avenue, Moundsville, WV. Interment will be held at the convenience of the family. In lieu of flowers, memorial contributions may be made to: Helping Heroes, 2005 Eoff St., Suite 200, Wheeling, WV 26003.

The family of Dorothy "Dottie" V. Schwing created this Life Tributes page to make it easy to share your memories.

Send flowers to the Schwing family.