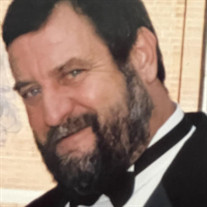 Glenn Berisford, 79, a resident of Moundsville, West Virginia, passed away Wednesday, February 23, 2022 in Reynolds Memorial Hospital, Glen Dale, WV. He was born January 15, 1943 in Wheeling, WV the son of the late Elmer and Dorothy Dawson Berisford. Glenn was a strong willed man in many aspects of his life and was a fighter up until his very last breath. He was a Vietnam Army Veteran serving a total of 4 years in combat and earned several awards. In addition, he was a retired employee from Wheeling Wholesale; formerly owned Lefty’s Landing. Glenn aside from being a strong, hard worker was an amazing friend, grandpa, father, brother, partner and person. He had a heart and passion for many things including: sports, gardening, hunting, garage sales and hanging with his friends at local bars. He was a member of the VFW ,American legion ,and retired teamster #697 . His love for sports ran deep especially when it came to the Cleveland Browns and West Virginia Mountaineers- you would never catch him missing a single game. Aside from sports his love for family ran deep, even hundreds of miles away, he was so intentional with calling his family in Florida and there was never a dull moment on those phone calls- his laugh was contagious and his jokes and quirky personality always made someone’s day. You could always find him with his best friend and love Dottie whom stood by his side for 30+ years, and shared a love that was forever cherished. Glenn didn’t just have a love for people and his family but animals as well- for years one of his best pals and sport watching buddies was his cat Ali and you could find Glenn daily feeding the deer that always stopped by his house. He had a love for knick knacks and collected many garage sale treasures over the years.Glenn was a strong soldier with a spunky and witty attitude, although he had this tough side to him, deep down he was a softy and had a deep love and light to him. He will never be forgotten and he left behind many sweet memories, funny moments, and the best hugs to cherish for a lifetime. Without a doubt he will continue to walk alongside the ones he loved the most and will continue to watch and cheer for sports games and his family and friends in heaven. In addition to his parents, he was preceded in death by his life-long companion, Dottie Schwing; two brothers, Raymond and Wayne Berisford; and one of his sisters, Phyllis Clawson. Survivors include his daughter, Misty Christopher; a sister, Darlene Mitcham; a foster sister, Vickie Bilbay; two grandchildren, Marleigh and Colby Christopher; and several nieces and nephews including special nieces, Jamie Marchani and Glenda Sells. A Celebration of Life will be held in March Arrangements entrusted to Grisell Funeral Home & Crematory, Moundsville.

The family of Glenn R. Berisford created this Life Tributes page to make it easy to share your memories.

Send flowers to the Berisford family.