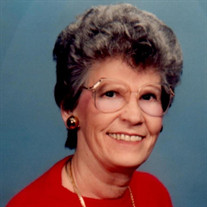 Joan Meeks Posego, age 88, of New Martinsville, WV, passed away Tuesday, September 14, 2021, at her home. She was born March 27, 1933 in Paden City, WV the daughter of the late Edward H and Sarah Garnet (Beaver) Meeks. Joan graduated as valedictorian from Magnolia High School and started work the day after high school as a clerk at PPG and worked her way up to be secretary to the plant manager; she also was Deputy Circuit Clerk for Wetzel County. She was a member of the Eastern Star Chapter #50; a Brownie Leader; and a member of the New Martinsville United Methodist Church where she was a member of the Good Samaritans. In addition to her parents, she was preceded in death by two sisters, Geneva Meeks and Jean Phillips; two brothers, Robert and Charles E. Meeks. Survivors include her husband of 64 years, John Posego; two daughters, Rebecca (Jeff) Kelly of Windsor, PA, Susan Posego of New Martinsville; two grandchildren, Whitney (Joel) Hargett and Olivia Bittle, three great grandchildren, Jax, Julian, and Joel-Dexter. Private graveside services will be held at the convenience of the family in Northview Cemetery, New Martinsville, WV. Memorial contributions may be made to the NMUMC, 10 Howard Jeffers Drive, New Martinsville, WV 26155.

The family of Joan Yvonne Posego created this Life Tributes page to make it easy to share your memories.

Send flowers to the Posego family.