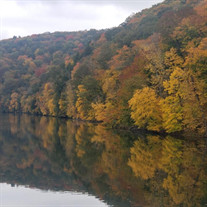 Ernest, Louis E., of Bradenton, Florida passed away on September 23, 2021 at home surrounded by his loving family. He was 80 yrs old.      He was born in Wheeling, West Virginia on July 1, 1941. He lived in Annapolis, MD the majority of his life where he owned & worked for Ernest Hardware and later as a Mortgage Broker. He moved to Tampa, Fl in Spring of 1997 then moved to Lakewood Ranch in Bradenton, FL in March 2001, where he resided for the remainder of his life.     He graduated from Fork Union Military Academy in 1959. He also attended University of Maryland. Louis was a 32nd Mason then a Shriner while in Maryland. He was a member of Camp Springs Presbyterian Church. He was actively involved in the West Virginia University Alumni Tampa Bay Chapter along with the Men’s Group, The Juntos, of Sarasota, Fl.     Louis enjoyed all sports, collegiate & professional teams. Some favorite followings were The Masters Tournament, Washington Capitals, WVU & University of MD football as well as basketball games. He especially enjoyed watching the Washington Redskins with the family!  He is survived by his daughters Diana Lee Ernest of Lutz, Fl and Holly Lynn Ernest & his precious granddaughter, Hailey Noelle, both of Bradenton, Fl.   Funeral arrangements were held at Robert Toale & Sons Funeral Home, 170 Honore Ave., Sarasota, Fl 34232 Tuesday, October 5, 2021.    Family will receive friends Tuesday, November 23, from 11am until the time of the memorial service at 1pm at Grisell Funeral Home and Crematory, 1 Ridgecrest Rd., Bethlehem/Wheeling, West Virginia, followed by an Interment at Greenwood Cemetery.  In lieu of flowers, donations may be made to American Lung Association. Sympathy expressions grisellfuneralhomes.com.

The family of Louis E. Ernest created this Life Tributes page to make it easy to share your memories.

Ernest, Louis E., of Bradenton, Florida passed away on September...

Send flowers to the Ernest family.