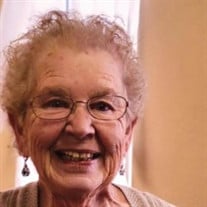 Mary Lee Rogers, age 77 of Moundsville, WV passed away peacefully on Sunday, June 21, 2020 in her home; where she wanted to live out her life. She was born December 24, 1942 in Marshall County, WV the daughter of the late Bernard and Gladys Shepard. Mary Lee attended Ebenezer Methodist Church, Roberts Ridge; where she enjoyed helping with VBS and was on the Bereavement Committee. She enjoyed life to the fullest; leaving home at an early age to travel west to join the Hippie Scene. But, as fate would have it, she met Bill along the way in Oklahoma; it was love at first sight, and they then traveled to Texas, and were married. They then began their life journey to Buffalo, New York, where they bought and worked at their diner. They enjoyed life and the beautiful area; having stayed there until Bill passed away in 1990. Mary Lee then returned to this area, where she held numerous jobs with food service; eventually attending Culinary School. Her favorite thing to do was shopping trips to Amish County with Mary Hall and Bonnie Fox; more recent she had to give up those trips, and became hooked on Facebook; allowing her to keep in touch with friends and family, and play games with Mary Hall. Mary Lee held the AA Program close to her heart for 28 years; always glad to help others along the way. In addition to her parents, she was preceded in death by her husband, William Rogers; and a sister, Jackie Ostrander. Survivors include a son, Ken (Diana) Ross of FL; a granddaughter, Kim (Jimmy) Johnson of Mechanicsville, MD; cousins, Don (Mary) Fahnestock of AL, and Barb Fahnestock of Moundsville; a brother-in-law, Blaine Ostrander of Moundsville, a niece, Melissa (Frank) Sadlowski of OH; and her constant companion, Puddles her cat. The Family would like to thank Amedysis Hospice for all of their amazing caring and help. Family will receive friends on Tuesday, from 1pm until time of Funeral Service at 3pm at Grisell Funeral Home & Crematory, 400 Jefferson Ave., Moundsville with Pastor Sharmune Burgess officiating. Mary Lee’s cremains will be taken by her granddaughter to 1000 Islands; where she will be reunited with Bill; in the place they loved. In lieu of flowers, Memorial contributions may be made in her name to Helping Hero’s, 256 Jefferson Ave., Moundsville, WV 26041 or WeBark, PO Box 918, Moundsville, WV 26041.

Mary Lee Rogers, age 77 of Moundsville, WV passed away peacefully on Sunday, June 21, 2020 in her home; where she wanted to live out her life. She was born December 24, 1942 in Marshall County, WV the daughter of the late Bernard and Gladys... View Obituary & Service Information

The family of Mary Lee Rogers created this Life Tributes page to make it easy to share your memories.

Send flowers to the Rogers family.