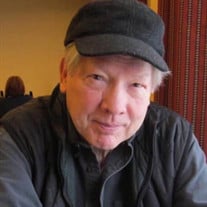 Rockne Daniel Davis Ehle, a longtime professor of history at West Liberty University, died Sunday, Jan. 24 at his home in Wheeling. He was 85. Mr. Ehle, the son of the late Ruth Esther Davis Ehle and Nicholas Ehle, was born Sept. 18, 1935 in Charleston, WV. He excelled in track and field at Roosevelt Junior High and Charleston High School. He held state titles in the high jump and pole vault events and in 1953, set a state record in pole vault that had not been broken in 28 years. Mr. Ehle earned a bachelor’s degree in studies in religion at the University of Michigan, and a master’s degree and doctorate in history at West Virginia University. He taught at West Liberty from 1967 until his retirement in 2006. Throughout his life, he enjoyed traveling in Europe and the U.S., and in retirement participated in West Virginia Senior Sports Classic events. He is survived by his wife, Nancy J. Kadar; step-children, Mike and William Farms, Tina and Chris Freter, and Elizabeth Boggs; a nephew, Doug (Sharon) Ford, a great-niece Olivia Ford, and nephews Kevin, Bruce and Alex MacDonald. He was predeceased by his wife, Charlotte Boggs Ehle; a sister, Sharon Ehle; and a brother, Nicholas Ehle. Arrangements are private and are being handled by Grisell Funeral Home & Crematory, Bethlehem, WV. Memorial contributions may be made to Project HOPE at Wheeling-Ohio County Health Department, 1500 Chapline Street, Room 106, Wheeling, WV 26003; or another charitable organization.

The family of Rockne Daniel Davis Ehle created this Life Tributes page to make it easy to share your memories.

Rockne Daniel Davis Ehle, a longtime professor of history at...

Send flowers to the Ehle family.