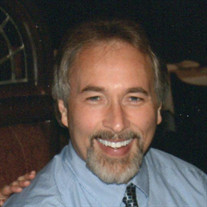 William “Bill” Alden Pefferman of New Martinsville, WV, went home to be with his Lord and Savior Jesus Christ on June 12, 2021, at the age of 68, after a courageous battle with cancer. Bill was born on February 19, 1953, in Glen Dale, WV, the first-born child of William C. and Barbara Pefferman. Bill grew up with his three siblings in New Martinsville, WV, and graduated from Magnolia High School in 1971, where he played baseball and football. He attended West Virginia University before going to work for Mobay (now Covestro) in 1973, where he continued to work until his retirement in 2012. He married the love of his life, Carol Wilson, on April 21, 1979, and they later had two children, Charity and Richey. Bill dedicated his free time away from work to raising his family. He was an avid runner and enjoyed training runs with Charity when she ran cross-country and track in high school. He also loved spending time with Richey and practicing the sports he was involved in, including playing many rounds of golf together at Riverside Golf Course. Bill stressed the importance of hard work and a good education and always encouraged his kids to be the best students, athletes, and people they could be. He delighted in his children’s accomplishments throughout their lives, and most recently enjoyed watching his young grandchildren (Will, Victoria, and Luca) grow up and excel in their activities and sports. He was so proud of his grandchildren and excited about their futures. Bill loved being around people, and nothing made him happier than a good conversation. He had an inquisitive mind and loved to read and learn about various things. Most importantly, Bill was unwavering in his love for Christ, and was looking forward to his eternal reward in heaven. Bill was preceded in death by his parents, William C., and Barbara Pefferman. He is survived by his wife Carol; daughter Charity (Jason) Karpac; son Richey (Kristen) Pefferman; grandchildren Will and Victoria Pefferman and Luca Karpac; sisters Diane (Lou) Chaldares and Suzan (Jeffrey) Highland; brother Jim (Margaret) Pefferman; brothers-in-law Mark (Beverly) Wilson and Mike Wilson (Charlotte); sister-in-law Debbie Weigel; and many nieces, nephews, cousins, and dear friends. He was loved by many and will be greatly missed by all who knew him. Memorial services will be private, and arrangements handled by Grisell Funeral Home & Crematory in New Martinsville. Bill will be interred by his parents in Allegheny County Memorial Park, in Pittsburgh, PA. In lieu of flowers, donations can be made to Journey Hospice in Sistersville, WV.

The family of William Alden Pefferman created this Life Tributes page to make it easy to share your memories.

Send flowers to the Pefferman family.